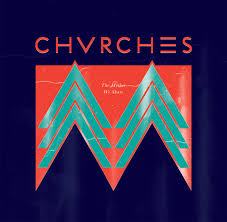 I might be a bit late jumping on the bandwagon here, as things seem to have been hotting up over this band and mixed feelings have been bouncing around (and yes, I’m aware that’s from about two months ago). However, I’ve only recently heard of them due to the Blog Sound of 2013, which is the blogosphere’s take on who’ll be big next year, but I must confess, I’d only heard of four out of the 15 bands on the list, but that just goes to show how much I know about the ‘music scene’ at the moment.

I digress, for I do actually quite like Chvrches. I’m less keen on Lies (their only other recorded song at the moment it would seem) but I think The Mother We Share is a cracker. It does have a vague Passion Pit feel to it but I won’t dwell on that. I find it a really up lifting song and love the sound of it.

Hopefully there’ll be more released from this band soon as I’d been keen to see if they can keep to this level if they bought an album (or even EP) out.